Sinking of the Cheonan - Who Dunnit? 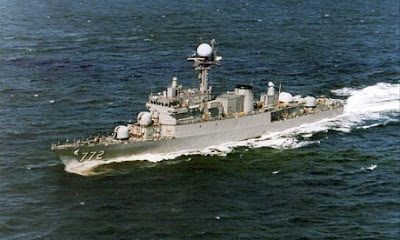 I think the question on everyone's mind with regards to the sinking of a South Korean navy vessel the Chenoan, is "Was this North Korean (DPRK) action?" Here are some thoughts on pros and cons that this was DPRK action.

If the sinking of Cheonan was intentional, it creates a serious crisis for the Koreas' neighbours and for the United States. None of the US, Japan, or China desire the threat of major military action on the Korean Peninsula. The US, still embroiled in Iraq and Afghanistan, doesn't want another military confrontation on its plate. At the same time, it will be difficult for the US to restrain South Korea from some form of retaliation. Japan's patience with North Korea has similarly run thin, and it is unlikely that Tokyo could be relied on too heavily as a voice of caution. Beijing has only limited affection for its North Korean client, but certainly does not want war, or even the threat of war. 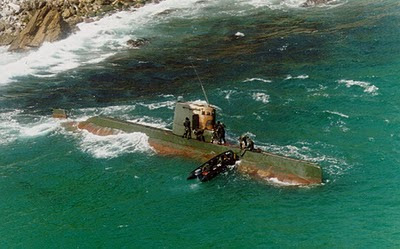 Sango class DPRK sub floundering South Korean waters.
B-Daddy's professional judgment, based on VERY limited information: I go with an accident, because many things can go wrong at sea, and that's the first way to bet in the absence of other information. But I like Ian Flemings quote:

Once is happenstance. Twice is coincidence. Three times is enemy action.

*By the way, Information Dissemination and CDR Salamander are the two "go to" blogs for all matters naval.
Posted by B-Daddy at 4:53 PM