The translation of all three entries today is approximately this:

A Tiny Bit of In Flight Drama 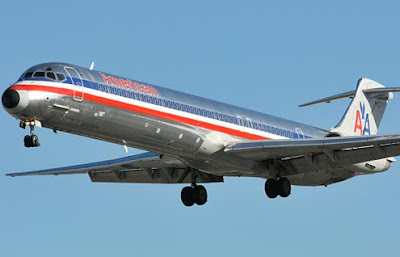 On my flight home tonight, I encountered a situation that gave me a little pause. I had the aisle seat about three quarters of the way back on the last leg of my flight back to San Diego on a MD-80 aircraft. The plane was full, as were all the other flights I took. (If the airlines aren't making money now, with full planes, they never will.) About half way through the flight, the woman in the aisle seat woke me from a semi-doze/semi-daze that is my normal state during air travel and asked me to let her out to use the bathroom. I went back to the crossword puzzle, which always makes me sleepy. But as we approached San Diego, the captain announced that we might hit some turbulence and lit up the "fasten seat belts" sign. However, the lady from the middle seat had not returned.

I was thinking that maybe she was a little claustrophobic and was just hanging out in the bathroom. But I started thinking about the situation. As we began our descent into San Diego, the middle seat was still empty. This is where a little paranoia and maybe seeing too many movies got the better of me. I stood up, looking around for our erstwhile passenger and couldn't see her. The male flight attendant at the back of the aircraft motioned me to sit down, which I didn't. I could see him push the button for the fasten seat belt sign signal, to get my attention.

Finally, I was able to get the attention of a closer female attendant and told that we had a missing passenger. She said that the woman had gotten sick and they were tending to her in the back, mystery solved.

During the time when I had some doubts about what was going on, I kept thinking about all the in flight terror movies and news reports. I just didn't want to be "that guy" who could have done something, but was too embarrassed. But I also wonder about the paradigm of the flight crew. I think they are so used to treating the passengers as sheeples, that they don't consider giving them any information, even when an anomalous condition occurs. Too bad, because on any given flight the chances that any individual wants to arrive alive approaches 100% by a vanishingly small differential.

After the fact, I also realized that I was profiling that woman, not by race, ethnicity or religion, but by behavior. Her behavior, at least what I could observe, was outside normal range. She had spent what seemed to be a long time in the restroom and didn't return to her seat for turbulence or the descent. There are a lot of clues that people give in their behavior; I think this is why Israeli methods are so successful.
Posted by B-Daddy at 11:12 PM 3 comments:

We're having a sunshine kind of theme on the blogs this weekend. Over at TLT, Katrina and the Waves are Walking on Sunshine. Here we have Smashmouth in throwback mode, Walking on the Sun.

I saw this band on October 27, 1979 at the Blarney Stone in Pittsburgh, PA. It was a great evening that I'll never forget, even if I was drinking rum and cokes, like a good sailor. These guys have always been a favorite band of mine and this song in particular is one I like to sing along too.

Just want to add that I miss you Irish; and hope you see this someday.
Posted by B-Daddy at 6:13 PM 1 comment:

Hope you are having a great Easter Weekend. Here's a little reminder of what it's about. The Newsboys from down under bringing a little thunder to our music.