We've got a Joshua Tree theme going for the weekend. Hope you enjoy U2 and the scenery.

Here is the full version of the song since the above version was cut off. 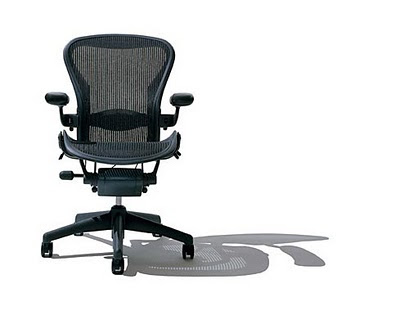 I have been having lower back pain for over a year. One thing I noticed was that I seemed to have very little pain at work. I attribute this to the fact that I have a Herman Miller Aeron chair at work. I put off buying one for myself at home, because of the expense, the basic model is typically over $600 and the model I have at work, with the "tilt forward" feature and adjustable arm rests retails for more than $800. I finally decided that the pain was too much and looked for a local store that sold the Aeron. I went to Vitalityweb in Poway, because their prices were slightly lower than anyone else selling new Herman Miller chairs in San Diego and I could go there and do a side by side comparison of the models for comfort.

The sales staff was very knowledgeable about the Herman Miller chairs. I was shown the exact differences between the basic and fully adjustable models as well as the newer Mirra model. Further, I learned some tips on positioning the model I had at work that I did not know. I ended up buying the fully adjustable model and drove away from the store with it in my van.

I don't often find such all around excellence in a store, so wanted to give them a little praise on the blog.

FTC Disclaimer: I may or may not have received valuable consideration in the form of swag, jack and/or coin to endorse these products. I am not saying and have the right not to do so.

This weekend's music on both blogs is from the "Achtung Baby" album by U2. This was my favorite tune from that album.

We are featuring Nina Simone this weekend on both blogs. Here is another classic from a very talented black female vocalist, Feeling Good.

Happy Birthday to the Marine Corps 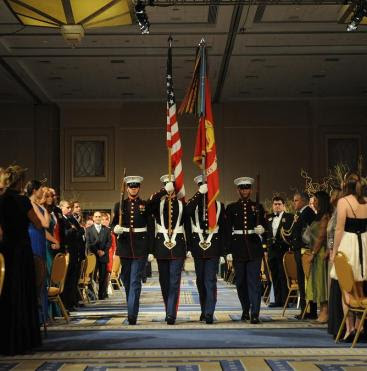 Photo courtesy of the Commandant's Marine Corps Birthday web site.
When I was in the Navy I always knew that if I was in real trouble, I could count on the Marines. In the 1990s, I had to arrange a submarine change of command on short notice. A color guard is a traditional part of the ceremony, marching in with the the nation's flag as well as the flags of the Navy and Marine Corps while the national anthem played. The day before the ceremony, at our only available rehearsal, the base color guard, made up of Navy sailors, showed up. They did not strike me as particularly military looking. Two of the sailors needed haircuts and the woman member of the team was pregnant. Call me sexist, and some will, but a pregnant woman carrying a flag, in military formation or not, does not look particular fearsome or military. They could barely march either.

I was in charge and I was in a panic. Then I remembered, there were Marines on the base as part of a weapons security detachment. I promptly dialed them up and asked to speak to their commanding officer. I was told that he was on leave, and my heart sank, but it shouldn't have. It turned out the executive officer was acting as C.O. and was ready to make a command decision.

"We can do it," he said to my great relief, "I only want a few things for my Marines." Oh crap, I thought, here it comes. The major continued "I want my Marines to get a meal on board the ship." "Done," I replied. "And I want them to be given a tour of the submarine and be given an official photograph of the submarine signed by the Commanding Officer." "Done" I said again, with what I hoped wasn't too audible relief.

The next day the Marines showed up and they looked great, they marched with precision and the ceremony was a great success. The old and new skippers were both happy and I had learned a valuable lesson, when you're in trouble, call the Marines.

I made sure those Marines got all that was promised as well.
Posted by B-Daddy at 9:00 AM 2 comments:

This weekend I am playing some updates on traditional gospel songs. At the TLT we have Bruce Springsteen putting a jazz spin on "Mary Don't You Weep." Here are the Beach Boys and their incredible vocal ensemble performing "Michael Row the Boat Ashore."