Collingwood Defeats Carlton - UPDATED With Photos from the Game 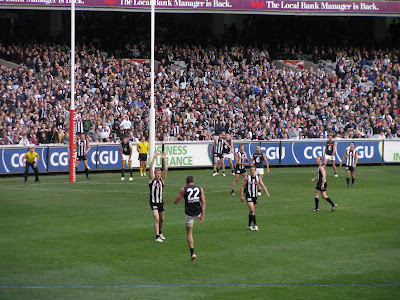 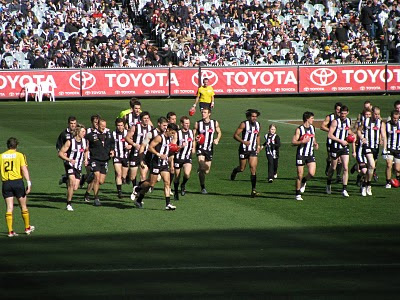 The Magpies take the field. 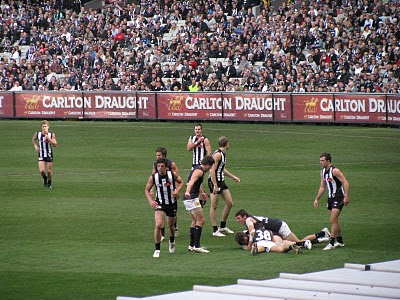 I had the pleasure of watching a very enjoyable watchable sport yesterday, at the Melbourne Cricket Grounds, where the Collingwood Magpies defeated the Carlton Blues 105-57. For Americans who have never seen the sport, it has elements of rugby and basketball and has quite a quick pace. The 105 scored by Collingwood was typical of a winning score. I'm not going to try to summarize the game, there are decent explanations here and here.

I adopted the Magpies because one of our hosts here in Australia, Mrs. Daddy's cousin is a big fan. Collingwood has the biggest fan base in the country, but has only won one championship since the league was changed from the Victoria Football League to the Australian Football League. This year, they are in first place, but the bookies still have the second place team, and last year's champions, the Geelong Cats as the favorites to win it all.

I liked the game, because it really took a minimum of explanation to understand the basics of play. Also, like basketball, your team can shift from offense to defense in a blink, as the ball is always in play. Because scoring often depends on getting a free kick close to the goal, tall strong players have an advantage, but the size of the field, about 150m by 135m, along with the need to run the length of the field, means there are no fat players on the field. In fact, there are a mix of players of varying speeds and sizes. The game puts a premium on overall athleticism. I saw some amazing catches (marks) with players going high in the air to grab the ball. The other amazing feature was the ability of some players to quickly launch an accurate kick towards the goal regardless of body position.

Given the relative size of the population, AFL is wildly popular. The cricket grounds weren't filled, but there were close to 78,000 in the stands. Like stadiums around the world there was overpriced beer and food for sale, some of it a little different. We all tried a meat pie; it was alright. The fans were overall well behaved. I was a little nervous because the fans are mixed in the crowd, there wasn't a particular side on sat on. (Also complicating the picture is that fans of both teams might be members of the Melbourne Cricket Club, as is our host. As a consequence, both Blue and Magpies supporters were mixed in the members section.)

The other interesting item was that we felt compelled to stay to the end of a blow out and not leave until we had sung the club song. 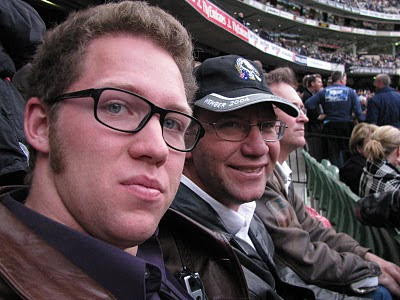 Waynok and BDaddy enjoying the game.
Posted by B-Daddy at 6:09 PM 2 comments:

Going to Australia tomorrow with the family. I always loved this song from the first Rocky, a perfect theme song for a dramatic interlude. This time with pictures from our newly adopted football club the Magpies of Collingwood.


I also wanted to show some video from a Collingwood playoff victory in 2008.

My family is a big fan of the whole Chuck Norris line of jokes as in When Chuck Norris crosses the street, the cars have to look both ways.

Chuck Norris may be tough, but can he do this? Check out this headline from the War In Afghanistan.

British Soldier Shot in the Face by the Taliban... Spits Out Bullet

A brave British soldier who was shot in the face by the Taliban spat out the bullet – then walked nearly two miles for treatment before being rushed home for an emergency operation.

Stormbringer has the full story from the Daily Mail. 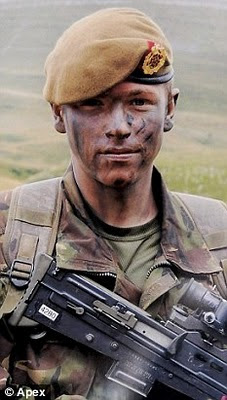 Email ThisBlogThis!Share to TwitterShare to FacebookShare to Pinterest
Labels: masculinity

We're going with a baby boomer themed weekend. Over at TLT we have the classic "Stairway to Heaven" by Led Zeppelin playing. I remember getting tired of the whole "Stairway to Layla" format on KGB FM in the 80s, but now I kind of miss it, well sometimes. Anyway, we're going all in on the whole classic rock theme this weekend, with Eric Clapton performing the original version of Layla as the lead for Derek and the Dominos.

Overlooked in the LeBron Saga 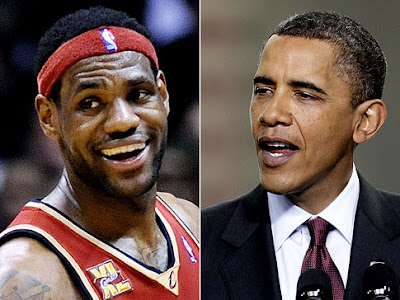 Dean threw down pretty hard on LeBron's decision to play in Miami, calling him out for not being the alpha dog his PR machine had made him out to be. I agree. But I read some pretty decent commentary about the reasons for LeBron's decision and his lack of alphaness (OMG, I meant to type LeBron and it came out Obama, just now. Not coincidence.) KT might appreciate this because it highlights another role that fathers play, that is very much overlooked, building leaders out of young men.

From Allen Hunt at Townhall:

So why in the world did Lebron James land in Miami? Love and family.
...
As is well-known, Lebron never had a relationship of any kind with his father. In fact, it is unclear if the identity of his father is even known.
...
His need for love, family, and direction were filled by a group of childhood friends with whom he formed such a close bond that they played youth league, AAU, and then high school ball together. Very little change occurred in that group. They bonded, and with the help from a few teammates' fathers, Lebron emerged as the best high school basketball player in America. However, he did not emerge as the leader. Other players in that childhood fraternity led the team; Lebron starred. And there is the crucial difference.
...
The top dog role does not suit him well. Deep down, he prefers to draft behind the leadership of a stronger personality – his point guard in high school, and now Dwyane Wade in Miami. Lebron is Pippen. Wade is Jordan.
...
It is no accident that lead dogs like Kobe, Jordan, and Wade all had strong fathers in their lives. Lebron did not. As a result, he is still emerging as a man.

I know this is hard to explain, but I read those last words and I just want to cry for LeBron James. It sounds silly; he pulls down more in a year than I will in my lifetime, or several, but I truly feel sorry for him if that article is accurate. But I was blessed by a father that was always present in my life, even to this day, and feel a sense of self confidence as a result that I had always taken for granted.

Which brings me to Obama. We elected a President who has some of the same issues as LeBron. His father was mostly absent from his life. He never had to lead before and it seems to weigh him down. His most important priority? Health care. His response? Let the Congress figure it out. His biggest crisis? The oil spill. His response? Blame others, try to look tough, fail. Peggy Noonan commented that he looked snake bit; that comment comes into clearer focus when you understand that he probably isn't emotionally ready to be a leader. God help us all if there is a real crisis. Perhaps he will rise to the occasion if called upon, certainly, the nation is capable of rising to the occasion even if its leader falls short.
Posted by B-Daddy at 7:18 PM 3 comments:

I'm going with the same artists as on TLT for this weekend's video. Bubblegum rock isn't what it was in my day, this is way better.

I Was a Six Sigma Coach for Putin

Well this explains a lot. It turns out that one of the Russian spies was a management consultant spouting all the usual platitudes of modern management theory. Thomas Frank, with whom I usually disagree, has a hilarious article on the Russian spies' methods of infiltration. The spy pictured at left, Donald Heathfield, has his own web site, where he inspires us with the following management speak:

As an advisor to major corporations, he focuses on building the capacity of organizations to develop and implement future strategies and on the creation of tools that enable this process.

I'm jazzed. This is either proof that these Russians were very clever imitators of our culture, or... (drum roll please) they have been responsible for destroying large swaths of the American corporate landscape with ridiculous theories about management effectiveness. Hence the title of this article, stolen from Mr. Rich.

Before his web site is removed and perhaps lost to posterity, I have captured his personal page to document the diabolical treachery of the Russians. 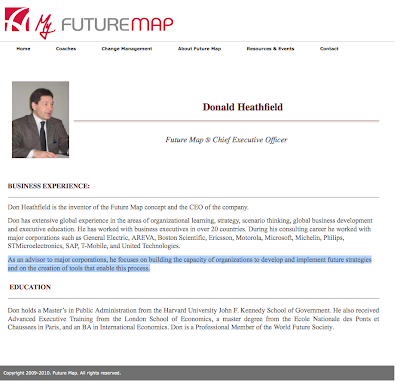 Happy Fourth of July Weekend. A couple of clips from the HBO movie "John Adams."